Tips for Consuming Alcohol While Breastfeeding 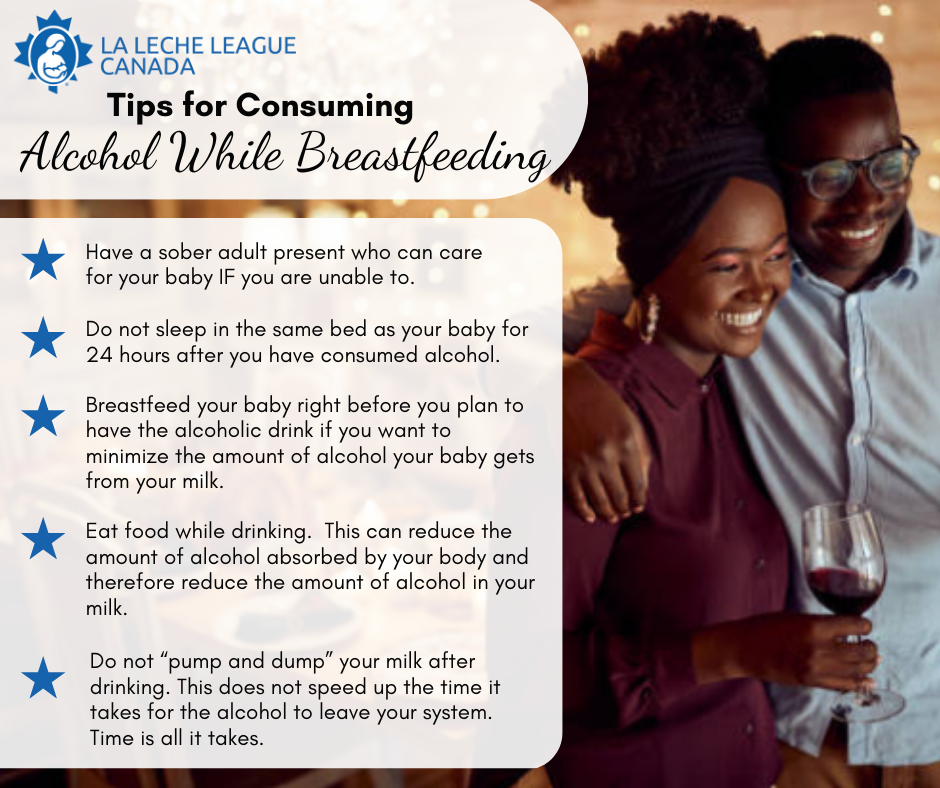 There is the possibility that drinking large amounts of alcohol could decrease your milk-ejection reflex (letdown). This could reduce the amount of milk your baby gets in the few hours after you have consumed alcohol. Research has shown this reduction in milk volume to be small (less than 10%) and will not be experienced by all women.