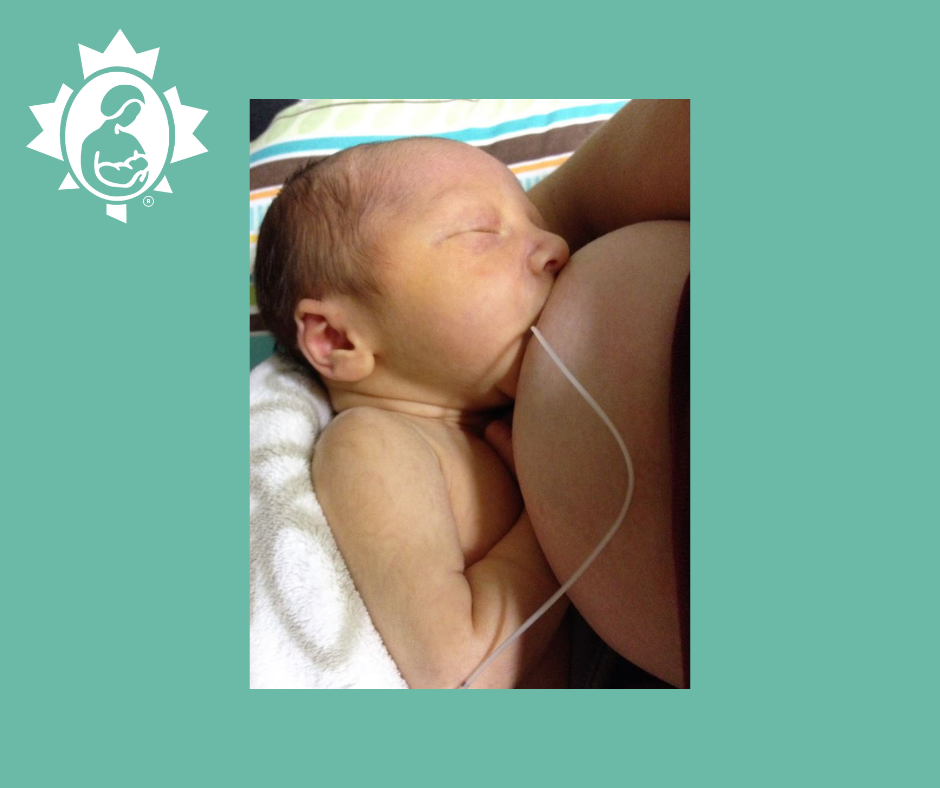 "When Shaina was a newborn, my milk supply was more than abundant. I would drip milk copiously in the morning and whenever I took a shower. When I nursed on one side, the other leaked. But as early as Shaina’s sixth month, I noticed my right breast was producing significantly less milk than my left. I noticed that Shaina would get restless on the right breast quickly. I suspect the reason for this was my favouring the left breast when we co-slept. I discussed the challenge with my LLL Leader and other Group members, who suggested I use the right breast during the day and the left at night. It was also recommended to start each feed with the right breast - no improvement. By 10 months, Shaina and I became accustomed to having one breast be the main supplier. Now, I use the right one when I want to give Shaina comfort but not a meal, and I save the left one for when I know she’ll need more milk – like before bed and in the morning. My right breast is a full cup size smaller than my left!"
Judy, Millbrook, ON

"I had breast reduction surgery back in 1991 and gave birth to my first baby, a daughter, in 2005. Some mothers who have breast reduction surgery have full supplies nonetheless, but I was not one of them. By day 5, a visit to the lactation consultant confirmed the worst—I would have to supplement. Luckily, I had read LLL’s book, Defining Your Own Success: Breastfeeding After Breast Reduction Surgery by Diana West. Instead of supplementing with bottles, I used the Lact-aid supplemental nursing system—a little bag that hangs around your neck with a tube that goes in the baby’s mouth while she is nursing. As the baby nurses, she gets all the available milk, stimulates your supply, and gets the supplement she needs at the same time. I also went on Domperidone to increase my supply and joined Diana West’s forum at www.bfar.org. It took me several months to come to terms with my inadequate supply. I beat myself up, felt guilt and regret, and wasted her best moments on the pump. Finally, I decided that I was giving my daughter the best that I could, and it would have to be enough. I started focusing on enjoying our breastfeeding relationship for what it was, not what it might have been. My daughter is now 9 months old and still nursing. This is one of my proudest accomplishments."
Christy, Ottawa, ON

"At eight months pregnant, I stood in a hot shower, expressing colostrum and crying. I had been afraid I could never produce milk, and seeing physical evidence of at least one working duct on each side was overwhelming. My child could have milk! A dozen years earlier, I had had breast reduction surgery. At the time, my doctor could tell me very little about my chance for future lactation. When I became pregnant, I sought out every piece of advice I could find on breastfeeding after reduction and obsessed over every possibility. When my daughter Sophia was born, I was able to breastfeed her exclusively for two weeks. Intellectually, I knew this was a triumph, but it tore me up when Mike brought home that first can of formula. However, she didn’t mind the supplementary tube on my nipple, and, fully fed, her disposition improved amazingly. A prescription for Domperidone and an industrial pump soon followed. When I began my final pumping marathon, with the goal of increasing my supply to meet Sophia’s needs, I understood that it might not work. That was fine – I had become adept with the demand tube and just wanted to know I had tried. To my delight, within 48 hours I was pumping enough to replace the formula in the supplementer. With my midwife’s blessing, I phased out the supplementation, and Sophia, then nearly six weeks old, continued to thrive. I eased off the drug regimen after she began to eat solids, and it has been smooth sailing! Sophia is 26 months now and still loves her ‘nurnie’."
Meghan, Toronto, ON