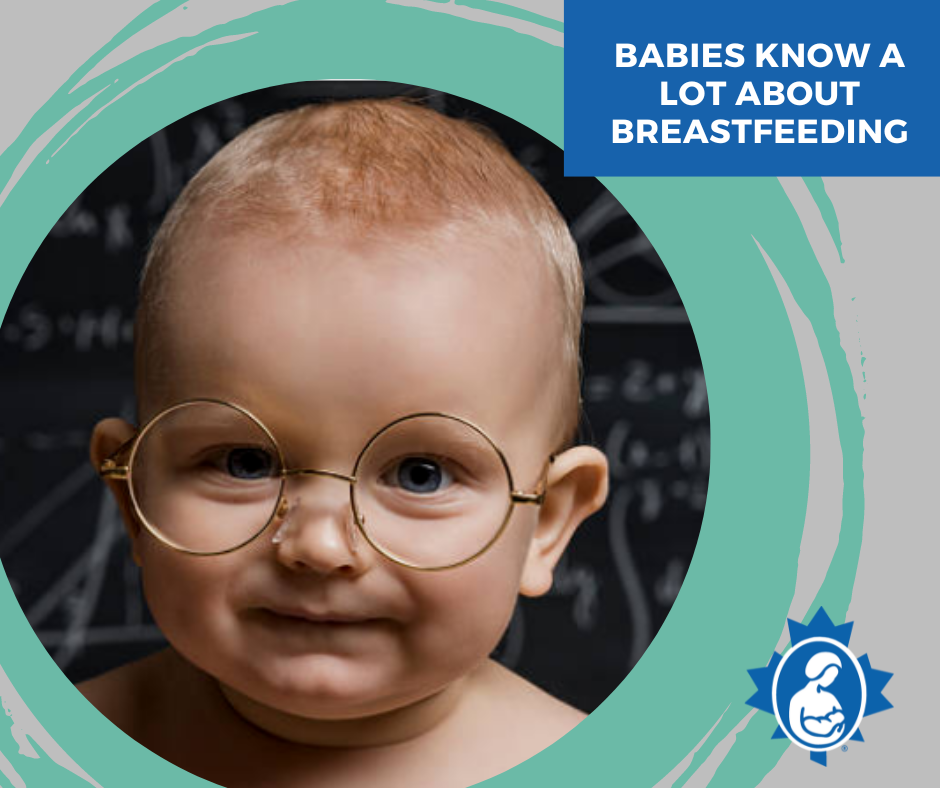 Many years ago, a mother called me for help with her baby who was about 24 hours old and still hadn’t breastfed. She had tried repeatedly – with help from her midwife – to get the baby to latch on, but her little daughter would just turn away, her mouth firmly closed. When I visited her at home, I was equally unsuccessful.

I knew, though, that it was good for babies to be skin to skin with their mothers, so I suggested she undress, get in bed with her daughter and cuddle with her, and we’d try to figure something out. Two hours later, I got another call from the mother. “I was just lying in bed with my baby on my chest, and she inched her way up, found the nipple and latched on! She’s nursing beautifully now.”

I’d seen the video from Sweden of babies self-attaching, but that was the first time I realized that babies know a lot about breastfeeding – and that sometimes our attempts to get them to latch just get in the way of them using their own inborn skills. The 8th edition of the Womanly Art of Breastfeeding emphasizes using a “laid-back” breastfeeding approach that allows the baby to find the breast and latch on with as much or as little help as the mother or parent feels they need to give.

Babies are born knowing a lot about breastfeeding. They know how to find the breast, how to latch on, how to stimulate the milk to flow (by nursing with quick, short sucks in the beginning), how to build a good milk supply (by nursing frequently), how to adjust the milk to meet their needs by changing their feeding patterns, and how to stop when they are full. It’s really quite remarkable how smart our babies are!