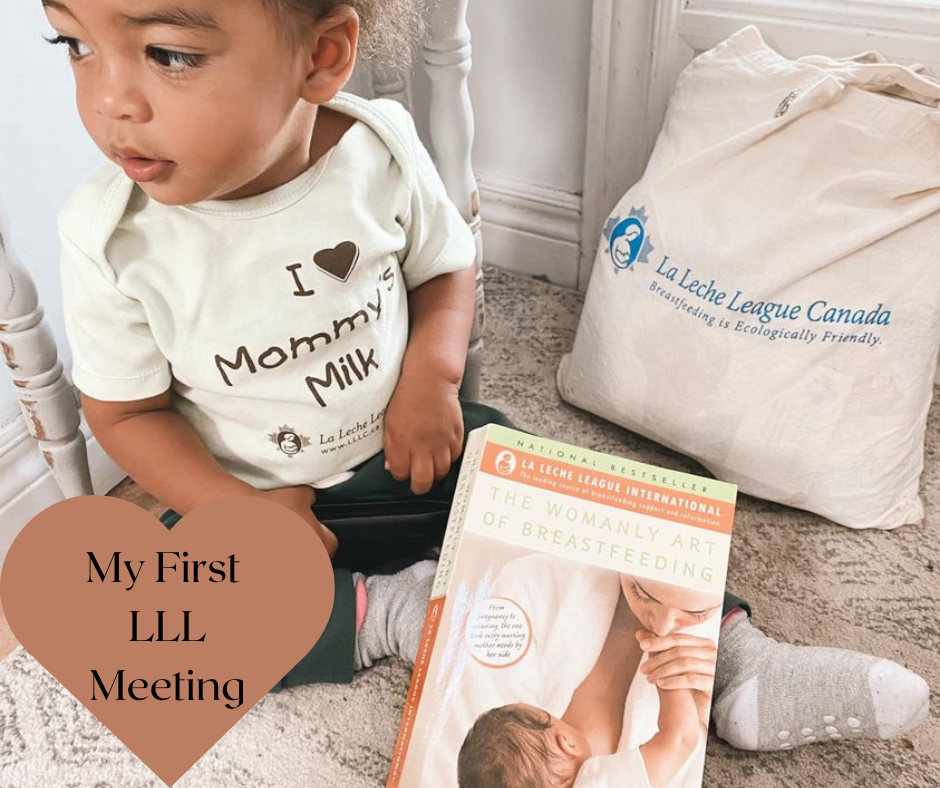 Just a few weeks after my first baby was born, I got up the courage to go to a La Leche League meeting. Why did I go? Because I had a problem. In the hospital, they’d taught me to breastfeed in one position, and while it worked, it was increasingly awkward as my baby, Matthew, grew bigger. Nursing was going okay, but I wanted to be able to sit on a bench in the mall and feed my baby in a more relaxed, comfortable position. Every time I tried to latch him on that way, he’d just cry, like he didn’t know what I was trying to do.

I thought maybe someone at LLL could help me figure it out.

I was kind of nervous about going, though. I had no idea what to expect. Was it going to be like a class? Would there be a test? (I hoped not, because I’d probably fail.) Would the other mothers be weird? Would they think I was an idiot because I couldn’t figure out how to breastfeed in a different position?

The first thing I saw when I walked in the door was a mother sitting on the couch and nursing twins. Twins! I didn’t even know that was possible. Then I noticed a toddler walk over to her mother, plop herself in her lap, and start to nurse. I’d never seen a baby that old breastfeeding before, either. There were also some pregnant women and other mothers with little babies, just like me.

Once the meeting got going, I relaxed. It wasn’t like a class at all, and the other mothers had plenty of questions and things they wanted to talk about. It wasn’t just me. When I asked about how to nurse in different positions, several mothers had suggestions. One showed me that I could latch Matthew on in the position I’d been taught, and then gently shift into the position I wanted to use. It worked! There I was, looking like the Madonna in one of those classic paintings, nursing my baby.

Not only had I gotten the practical help I needed, I’d learned a lot and made some new friends. That turned out to be just the first of many LLL meetings I attended, and by the time I’d had baby number two, I was a volunteer Leader myself. I know, though, that I’ll never forget that first meeting.