Story: The Queen Breastfed Too 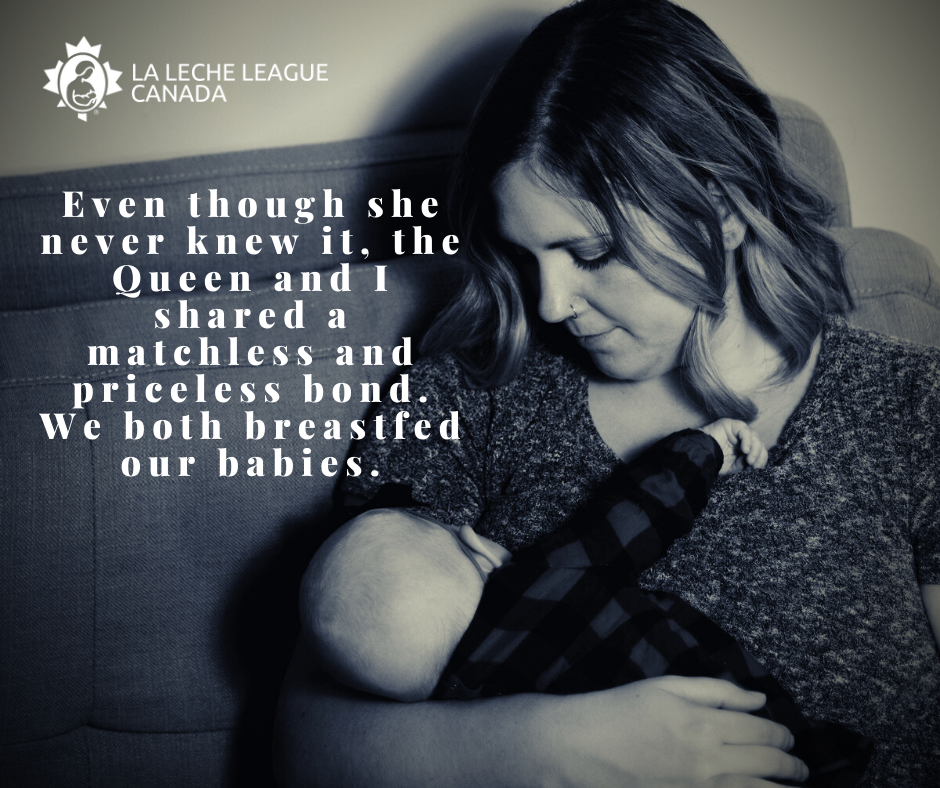 When I was eight years old, my Mum bought me a book that she knew I’d love – a biography of Queen Elizabeth II for young readers. My friends were papering their bedroom walls with movie stars like Elizabeth Taylor and Debbie Reynolds. But the “star” I worshipped was the Queen. The coronation had taken place in London that summer, and I had listened to every magnificent minute of it on the radio at Grannie’s house. I thought Queen Elizabeth was the most beautiful and fascinating woman in the world. Besides, she had two darling children, Charles and Anne, just a little bit younger than me.

I could hardly wait to start reading my very own hard-cover book about the Queen. Mum read aloud to me about the birth of Prince Charles at 9:25 on the evening of November 14, 1948 in a specially outfitted operating room at Buckingham Palace with three doctors, three nurses and, yes, a midwife, in attendance. I was enthralled.

And then Mum read, “Elizabeth nursed her baby for three months.”

The Queen nursed her baby! For three months the Queen nursed her baby! In my family we used bottles. If nursing was attempted at all, it was done behind a closed bedroom door and it wasn’t done for long. But if the Queen could nurse, then I would nurse, too. Over the years the cover fell off my precious book. Twenty-two years later I gave birth to my first child, and just like Queen Elizabeth`s first child, she was nursed.

Even though she never knew it, the Queen and I shared a matchless and priceless bond. We both breastfed our babies.